the red heritage - ARTISTS & THE SOCIALIST PAST 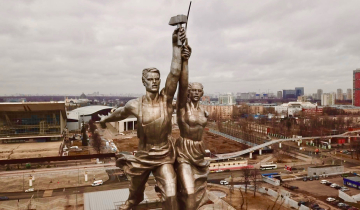 The relationship of contemporary artists with the arts of the communist era in Germany, Russia, Lithuania and Bulgaria (one episode per country) highlights an ambivalence towards a past which is still omnipresent but often taboo. 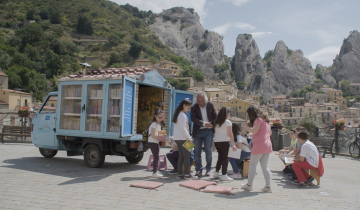 THE ANTAGONISTS: RIVALRY IN ART 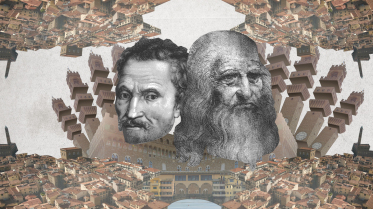 Most significant developments in art history often result from the fierce competition between genius masters. In this series, we discover the fruitful rivalries between renowned artists such as Leonardo Da Vinci versus Michelangelo, Vincent Van Gogh versus Paul Gauguin and Emil Nolde versus Max Liebermann, Caravaggio versus Giovanni Baglione and Joseph Turner versus John Constable. The 500 year death Anniversary of Leonardo da Vinci will be celebrated in 2019.

A whole section of the Florentine Renaissance is revisited through the prism of the artistic rivalry between Leonardo da Vinci to Michelangelo in the sixteenth century.

In 1888, Van Gogh and Gauguin are ready to create a group of artists that will form a new arts school, but the two men keep arguing and then separate.

Liebermann vs Nolde
In Berlin in 1911, Max Liebermann (1847-1935), naturalist converted to impressionism, opposes Emil Nolde, who wants to free colors and brushes.

Turner vs Constable
Contemporary painters William Turner and John Constable, the two greatest English landscape designers of the Romantic period, have revolutionized the look on nature.

Caravaggio vs Baglione
In Rome, in 1603, Caravaggio and Giovanni Baglione clashed in court, after having challenged themselves artistically: an episode that illustrates the quarrelsome atmosphere of the time.